February 27, 2015
So here's an interesting question….. A few days ago, when having dinner with a European colleague, I was describing my affinity with my arab friends and at times feeling more arab than English…. he then said "oh so that means you'll start wearing the hijab?".  Now I hadn't said I felt more Muslim than Christian…. but I was perplexed by his question.  It unsettled me a little and caused me to reflect deeply on this point….. and by the way, at the time, I was wearing the male head-covering - the keffiyeh/ghutra…. as is my habit when in the souq. 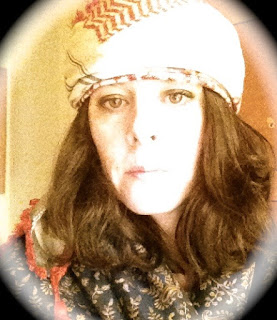 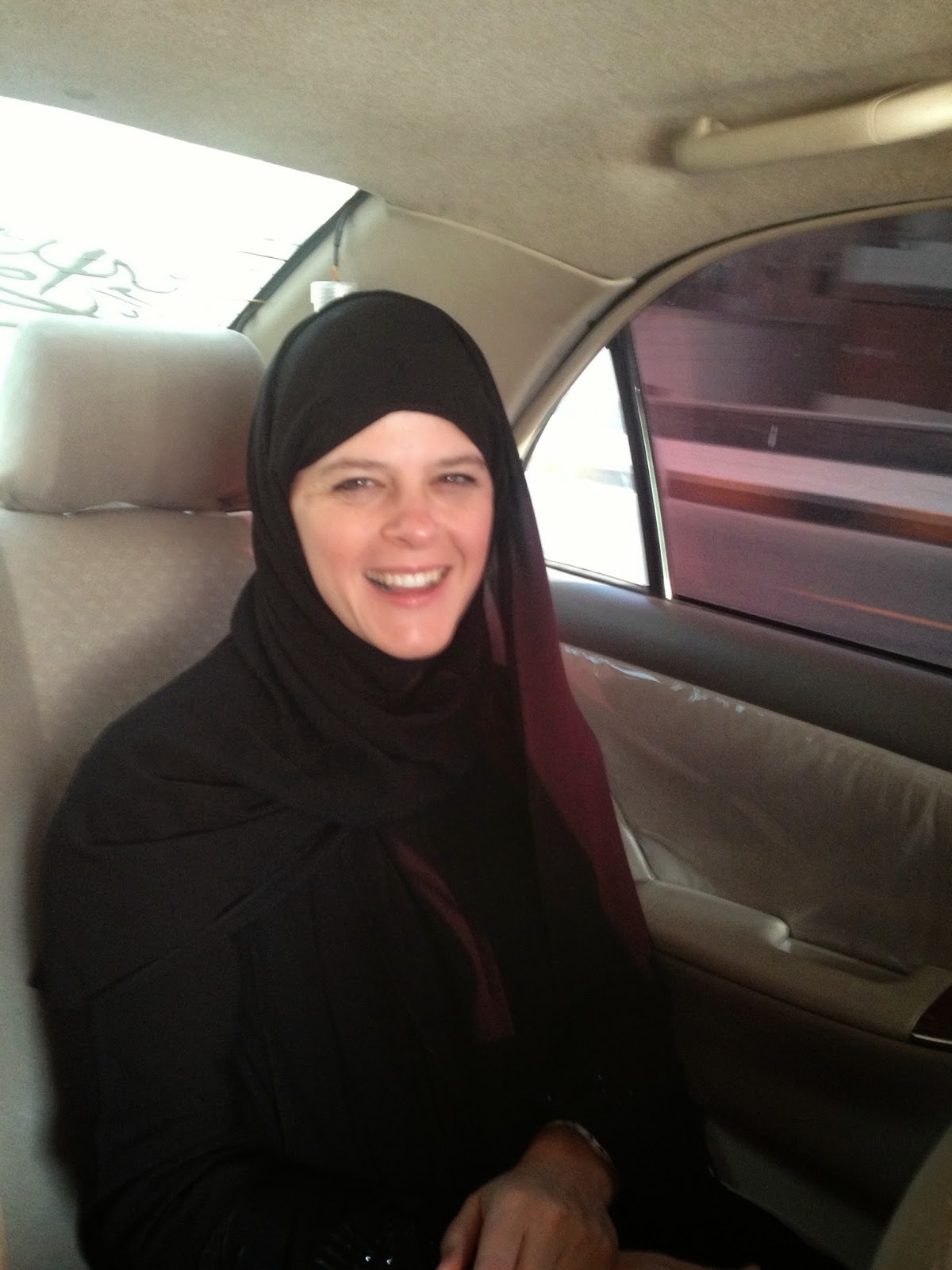 So why do I wear the keffiyeh?… I dress like an arab man, not an arab woman, although I do own an abaya and hijab and have been known to wear it occasionally and certainly while I was in Yemen….as seen in this photo (it was a must).  I don't have an objection to wearing it and actually found it very comforting, although I did so out of choice of course.

However, my preference is to wear the male head covering in a Yemeni style and I get a great response from both men and women here when I wear it.  Rather than see it as disrespectful, it is seen as a mark of respect and honouring their culture, particularly because I know how to wear it properly.  Its an incredibly practical garment too. 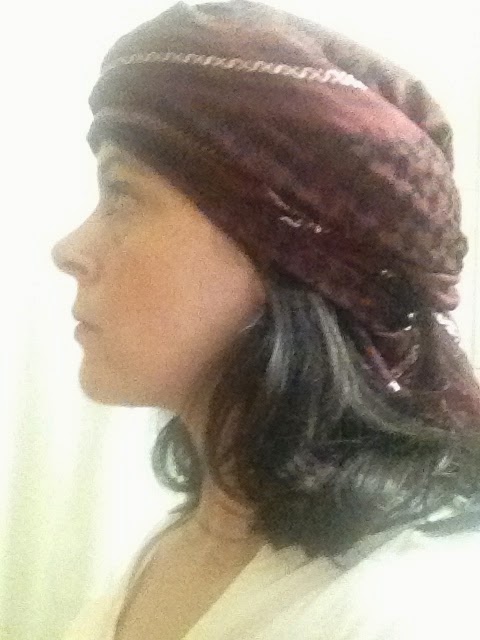 In the summer, it can protect your head from the sun and in the winter, cashmere ones keep the head warm and they can be wrapped around the face to protect from dust storms on windy days…. and we've had quite a few of those lately!!  In the desert, the keffiyeh is a basic survival tool.

I think, to be honest, Im also making a statement that Im a British person but with a profound interest and respect for the arab world, particularly my little corner of it - Qatar because I live here and have  fascinating Qatari beduin friends and Yemen, of course, which holds my heart in a special way. 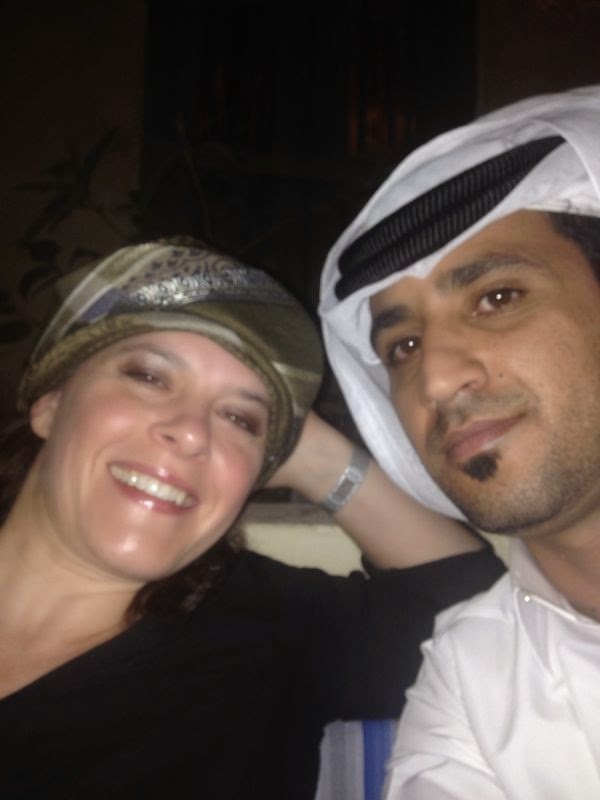 I also wear it because everyone I've met in the Souq now expects it and once when I didn't wear it, people were disappointed.  I've become "The Girl from Yafea", a curiosity …. and people now recognise me through the keffiyeh.  Countless people now come to talk to me as I sit with my coffee and shisha.  Some I know and some total strangers.  It's an ice breaker, an introducer and a talking point.  Many people want to know why I wear it, how I came to wear it, how I knew how to wear it. 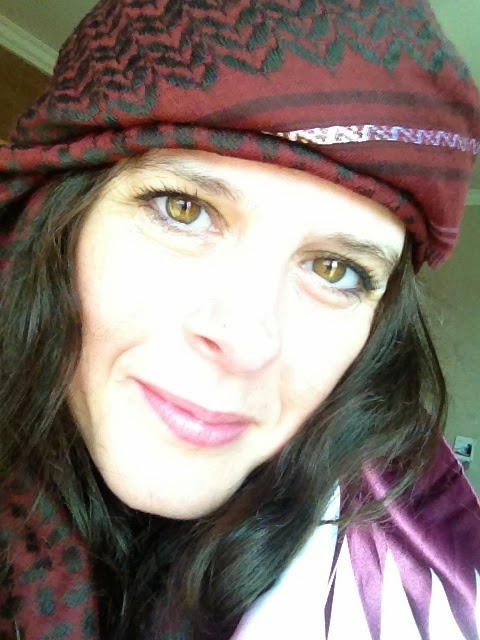 And for me, on a journey of self-discovery, its important to be able to mix and mingle, talk to both men and women….. and this unique combination of being half British woman and 'half arab man' gives me that access.  This of course, raises the whole debate about the restrictions faced by Muslim women.  Perhaps for another blog but its not one I can answer now, coming at it as I do from a position of relative ignorance, only now starting to read the Quran, although Ive had many conversations with Muslims and non Muslims alike on the topic.

For me, my choice of attire works for me in the place I'm in and the way I want to live right now.  I'm fully aware of the privileged position I hold which allows me that choice and while I have it, Im going to exercise it.

And there are precedents for it which date back more than 100 years with the likes of Isabelle Eberhardt - a European writer and explorer who travelled extensively through North Africa, rejected her European way of life and embraced Islam.  She dressed like an arab man and went under the name Si Mahmoud Essadi.


So too, the incredible Freya Stark, 'the poet of travel', who would occasionally wear the keffiyeh, mixing easily with both arab men and the harim.  Freya was a British traveller and writer in the 1920s/30s and one of the first non arab women to travel to Arabia, writing several books on the region including her extensive travels through Yemen. 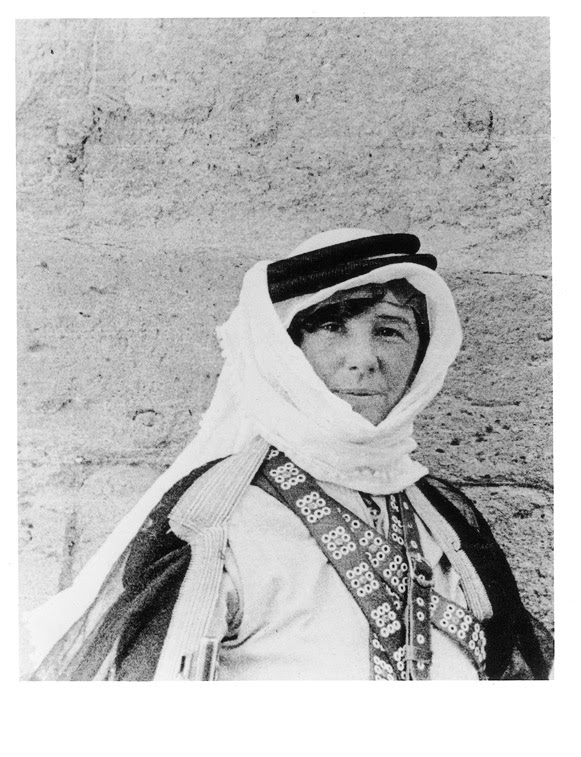 I will leave you with one of my favourite Freya Start quotes:
"I do like people who have not yet made up their minds about everything, who are in fact still receiving."

Popular posts from this blog 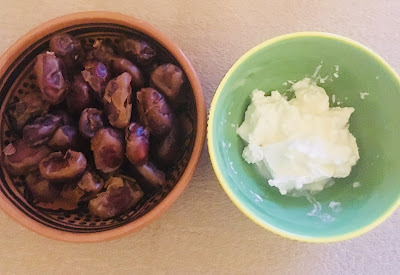 As the end of Ramadan approached, with only 5 days to go until Eid, I decided to step up my fasting regime to see what it would feel like to echo the diet of the desert nomad, the Bedouin, who famously could survive for months on only dates and camels milk.    Sadly, unable to easily get hold of camels milk, I decided to swap it out for labeneh.... a thick strained yoghurt.  But of course, dates are available aplenty so no issue there. As is the custom during Ramadan, I'm fasting completely throughout daylight hours, having only 3 dates and a couple of table spoons of labeneh for Iftar  (the Muslim meal to break the fast) and the same before bed, accompanied only by water or black coffee and nothing else.  Muslims will usually eat their last meal, Suhoor, at dawn.... which is around 3am here in Qatar, but having experimented, I felt better having my final sustenance at around 10pm and sleeping through the night. I had already been fasting during Ramadan, so the daily fast w
Read more

Making a date with the local farmers of Qatar 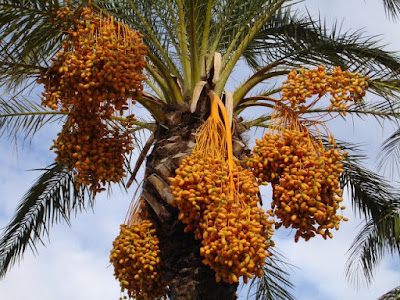 Being a small desert peninsula, Qatar doesn't have too many natural resources apart from the obvious oil and gas, especially with the pearl fishing industry long since disappeared.  But there is one thing that grows well here..... the date palm (Phoenix dactylifera to give its Latin name!!). In fact, dates have been cultivated here in Qatar since the bronze age and now there are over 1300 registered date farms in the country, producing more than 31,000 tonnes annually..... most of which are consumed by the local population with only a small proportion being exported. Last week saw the start of the Local Dates Festival, in Souq Waqif, Doha.   18 local farmers have been invited to bring their crops for sale including fresh dates, some dried dates and even saplings for those who want to try their hand at growing their own! The government is keen to showcase this locally grown super food and encourage visitors to the festival to taste, buy and learn more about the prope
Read more

My top 5 favourite things to do for free in Qatar 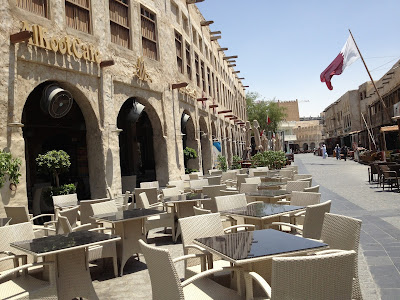 1.  Wandering the lanes of Souq waqif My top recommendation for a visitor to Doha is a stroll through the lanes of Qatar's famous souq,  known as one of the best in the middle east. This renovation of the original, rebuilt on the same site, is actually only around 15 years old, although some of the buildings are original and you'd never spot the ones that aren't as its been done very very authentically.   It is the very place where Qatari bedouin would trade their animals, wool other goods and a place where they could buy their essentials.  It is the heart and soul of Doha and although the main street that runs through the souq is characterised by souvenir shops and shisha cafes, exploring the alleyways behind will uncover some real gems... oudh, perfumes, traditional Arabic clothing, pots and pans, scarves, bags, shoes, and oh the spice market, where you can buy every spice, pulse or nut and the best Yemeni honey on the planet! One of the best
Read more

PaulineC
Im an English girl, living in Qatar since 2013. I have immersed myself in the arabic culture, developing close friendships with locals and other arabs from the region, Yemen in particular. I've travelled to the UAE, Jordan and Yemen in 2014 before the war started. I am fascinated by other cultures and blog about my life in Doha, Qatar, my travels in the region and my love of Yemen and the Yemeni people.